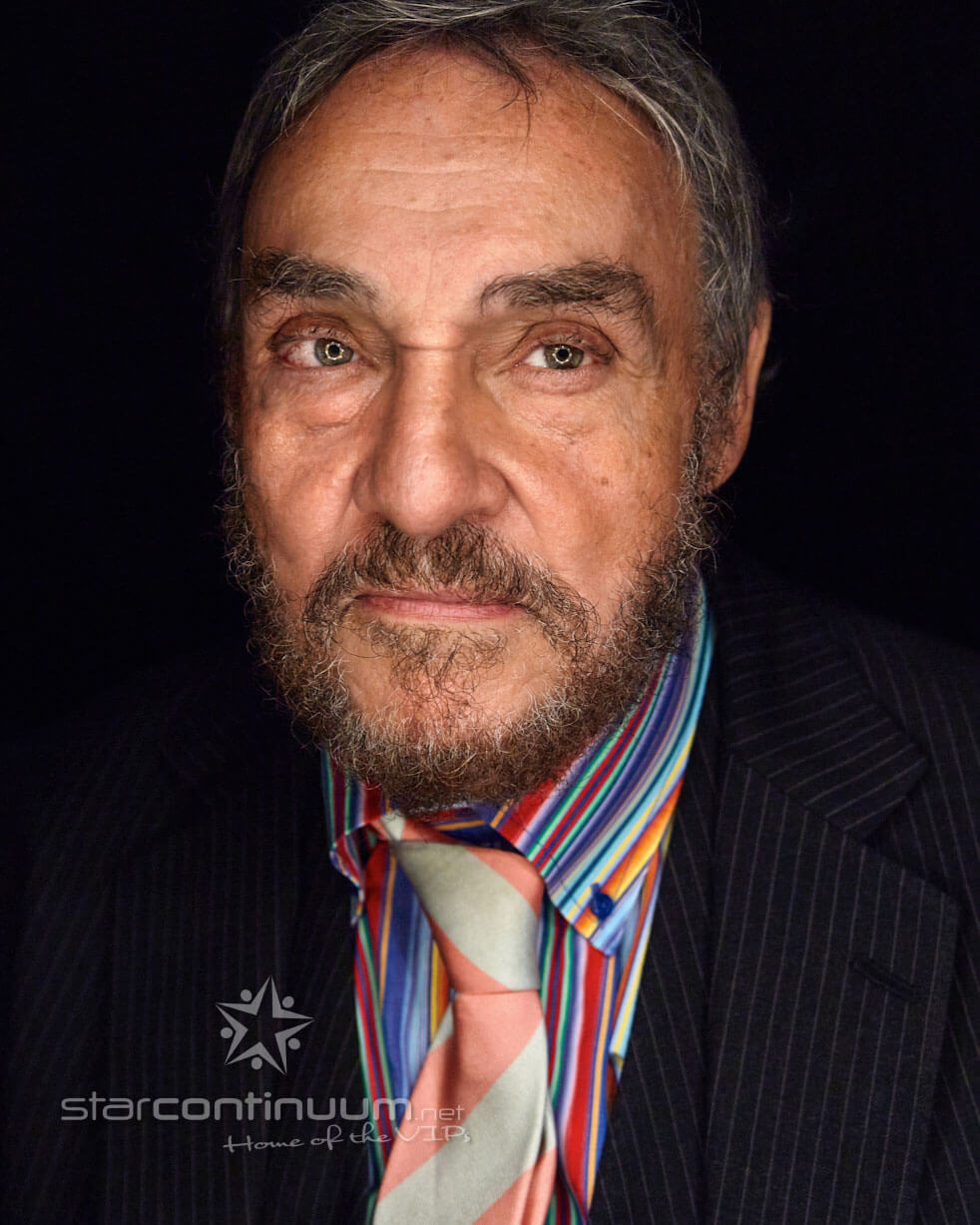 Born in Wales John Rhys-Davies spent his childhood in England, Wales and Africa before his parents moved with him to Tanzania, where his father was stationed as an officer. Later Rhys-Davies attended a private school in England. At Truro School in Cornwall, he played with 13 years in Shakespeare plays. His enthusiasm for literature, he deepened a study of history and English literature at the University of East Anglia in Norwich, where he founded the University Dramatic Society and began his stage career at the Maddermarket Theatre.

After a one-year interlude as a teacher, he studied acting at the prestigious Royal Academy of Dramatic Art (RADA) in London, where he made its conclusion in 1969. As a result, John Rhys-Davies played in various theater groups and included, among other things several seasons the ensemble of the Royal Shakespeare Company. His repertoire included Shakespeare roles such as Falstaff, Othello and Macbeth.

Since the early 1970s, John Rhys-Davies, who has more than 1,200 appearances in film and television, counts to the industrious actors in Europe and the US. He had his first TV experience in 1964 in the British series Crossroads, followed by other roles on TV from 1971 on. His first and very brief appearance in a cinema movie he had in The Black Windmill followed by numerous guest appearances on television series, including Scarecrow and Mrs. King, Murder, She Wrote and Star Trek: Voyager as Leonardo da Vinci.

Among his best known roles include that of Sallah in Steven Spielberg's Indiana Jones movies Raiders of the Lost Ark and Indiana Jones and the Last Crusade, the dwarf Gimli in Peter Jackson's Lord of the Rings trilogy, the role of Professor Maximilian Arturo in Sci-Fi TV series Sliders and the role as General Leonid Pushkin (the successor to the General Gogol) in the movie James Bond 007 - The Living Daylights. For his role as Portuguese Captain Rodrigues in the mini-series Shogun, he was nominated in 1981 for Best Supporting Actor Emmy. In 2004 he received together with his castmates from Lord of the Rings: The Return of the King the Screen Actors Guild Award for Best Ensemble Performance. Recently John Rhys-Davies starred in the MTV-produced television series The Shannara Chronicles as the elven king Eventine Elessedil.

John Rhys-Davies is missing a part of his left middle finger - see, for example, in the movie of the King, A Dungeon Siege Tale - which he lost when replacing a van engine. For his role as the dwarf Gimli they adheard a gelprothese.

Nowadays the actor lives in Los Angeles and on the Isle of Man, where he has built a film studio.

During his participation in the Medieval Fantasy Convention in Solingen we had the opportunity to invite John to one of our photo shoots and had a lot of fun with this rascal then...