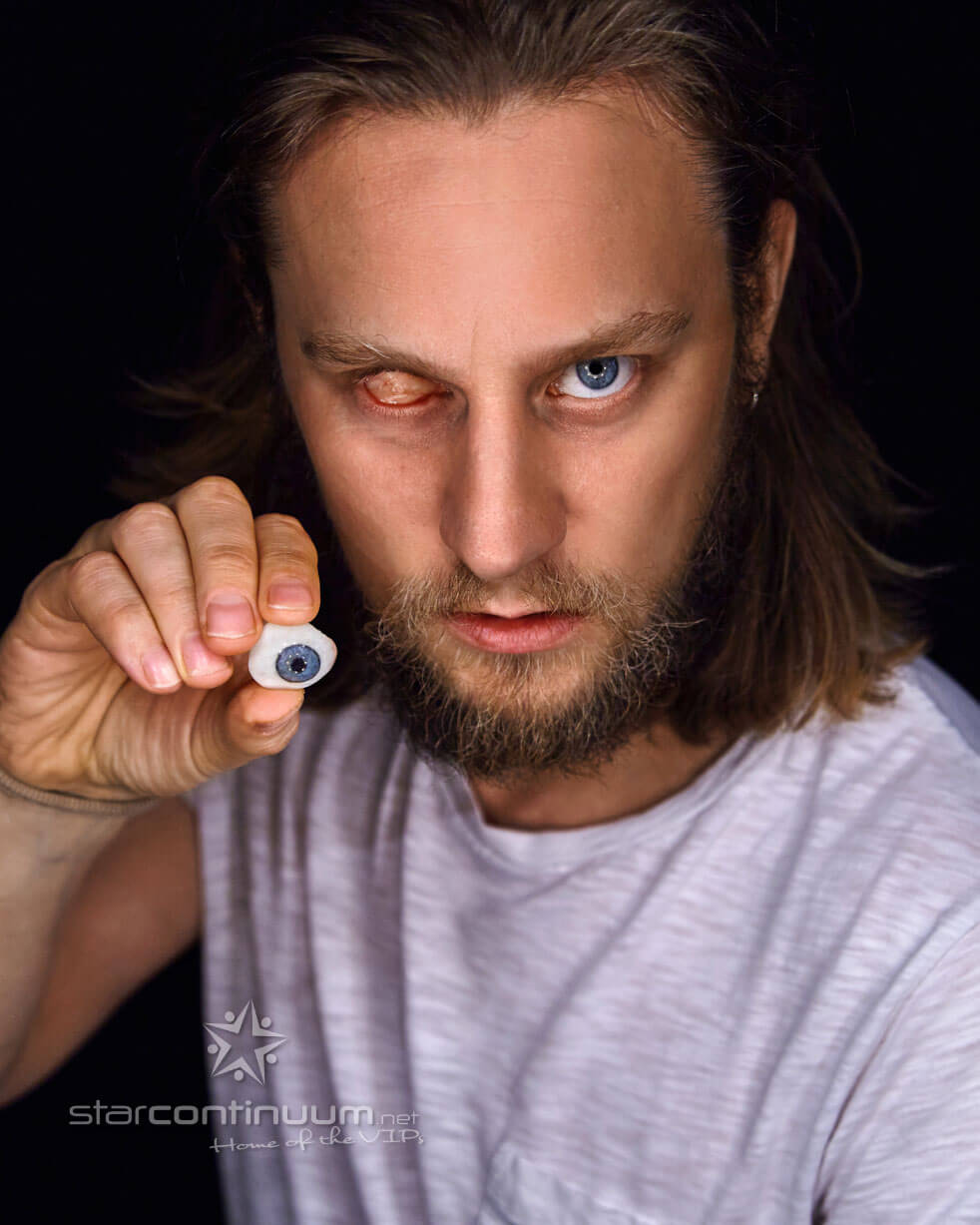 Tadhg Murphy is an irish actor, born in Dublin and best known for his role of the one-eyed Arne in the television series Vikings.

But whether as Arne in Vikings, Edward Lowe in the pirate adventures Black Sails, in the history movie Alexander or in the fun romance Boy eats Girl - Tadhg Murphy leaves a lasting impression with his likeable spectacle. That is also not unnoticed by the directors. Tadhg was just seen in the challenging drama Lost in the Living and was hired in 2017 for the miniseries Will and Guerilla.

Not often I write personal stories about one of our photo shoots. But at Taghd I make an exception. The most distinctive mark as Arne in Vikings is his eye patch. What you might not know: Taghd got in an accident at the age of 13 years, losing his right eye, as a homemade arrow hit him in the face. But the actor is openly order. During our photo shoot at Medieval Fantasy Convention, he suddenly asked me, "Should I take out my eye?" - Since I was a little perplexed at first, I answered without thinking: "Of course, why not..." But Tadhg made sure prefer again: "Are you sure you can handle it?" Again, the answer was "Yes", without any thinking... So this probably really unique portrait was the result.

In fact, I feel very honored someone who i met just have known for a day brings so much confidence towards me to dare such a thing in front of my camera. Thanks a lot for this...

DE
starcontinuum.net, Owner: Rafael Cantero Alonso de Medina (Registered business address: Germany), processes personal data only to the extent strictly necessary for the operation of this website. All details in the privacy policy.