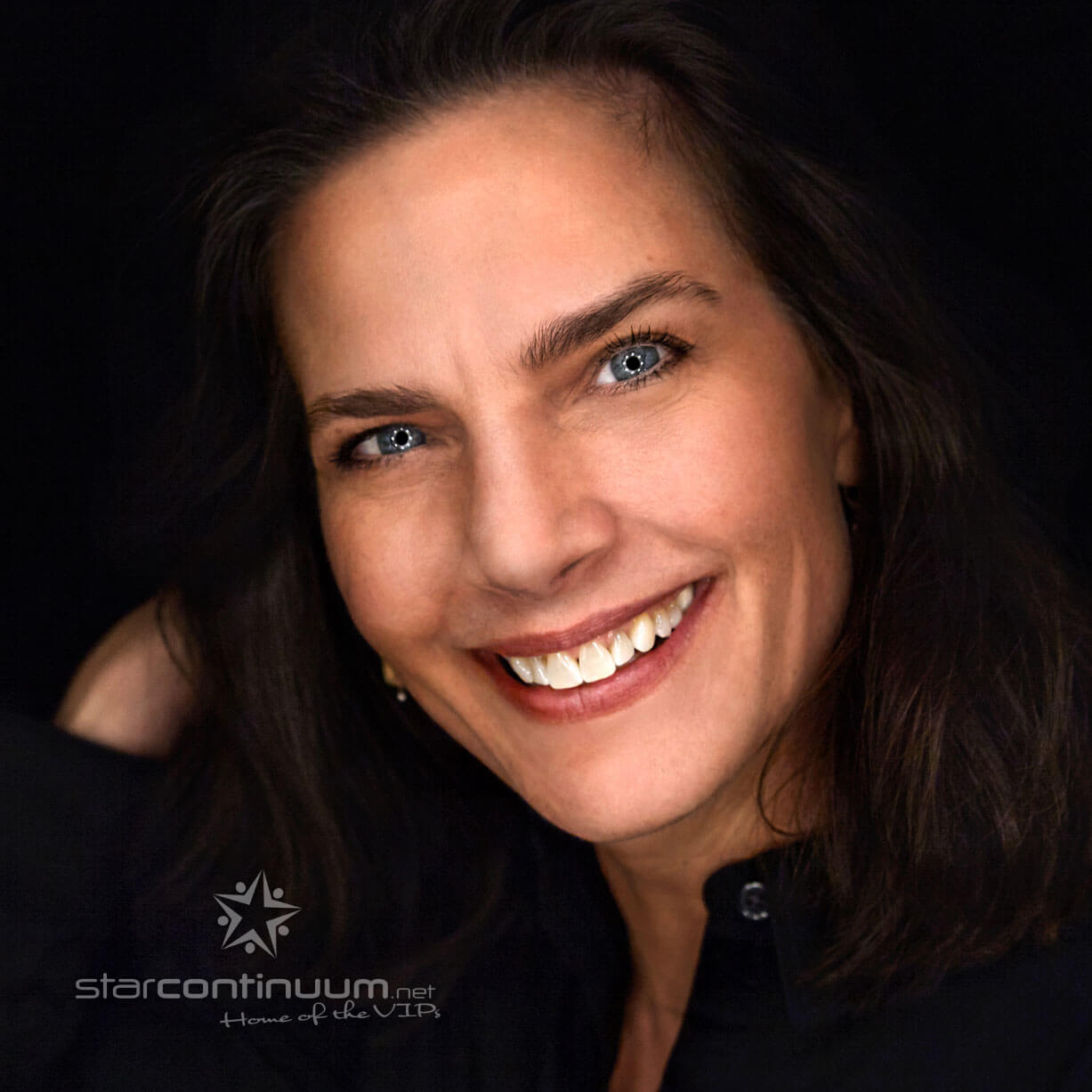 Terry Farrell, born as Theresa Lee Farrell Grussendorf in Cedar Rapids, Iowa, is an American actress and former model. She is most famous for her roles as Jadzia Dax in Star Trek: Deep Space Nine and Reggie in the Sitcom Becker.

Farrell grew up in Boston. At the age of 15 she left her hometown to live in Mexico City as an exchange student. It was during that time that she discovered her love for big cities and soon after submitted her photo to the Elite modeling Agency in New York. Shortly after her sixteenth birthday she was duly invited there and within two days landed an exclusive contract with Mademoisell magazine.

After 18 months of working as a model for commercial stills she started acting studies with Kate McGregor Stewart and henceforth her modelling career was only pursued on occasion. Her first roles of note were in the short-lived TV series Paper Dolls, where she played a model and in the feature film Back to School with Rodney Dangerfield. In the spring of 1989 she continued studing drama with Stella Adler and appeared in guest-starring roles on TV shows such as Quantum Leap and The Cosby Show. In 1992 she played the female lead in the movie Hellraiser 3: Hell on Earth. Subsequently in the following year she was offered a lead role on Star Trek: Deep Space Nine

Having played the role of science officer Jadzia Dax for six years Terry decided that she didn't wish to renew her contract for the final season and her character was killed off in the season 6 finale of the show. Her role was continued under the name of Ezri Dax played by Nicole de Boer. Upon leaving Star Trek: Deep Space Nine, Farrell was offered the role of cafe owner Reggie on the TV show Becker. She played the character for four years until the producers decided to replace her with Nancy Tarvis.

The asteroid discovered on April 23, 2001 by Canadian astronomer William Kwong Yu Yeung has been renamed 26734 Terryfarrell in her honor by the International Astronomical Union on March 28th 2002.


It was our great joy and honour to get the opportunity to meet and work with Terry Farrell at the 25th Anniversary FedCon.